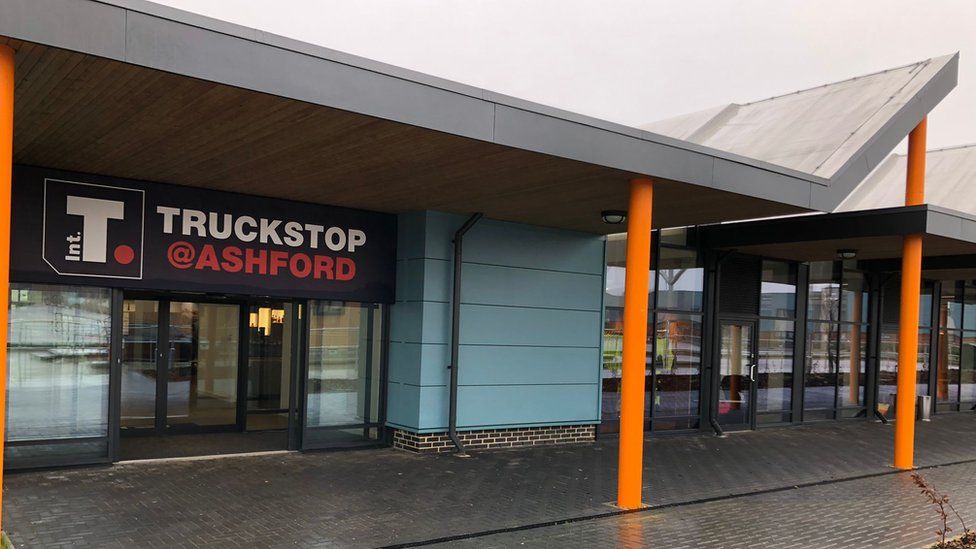 With the logistics industry’s ‘Better Breaks, Safer Stops’ campaign gaining momentum, the man behind the initiative, Steve Jones of Goldstar Transport, Felixstowe, says: “There’s a lot of support across the sector for this campaign, and we’re delighted that the Ashford International Truckstop, which opened for business earlier this month, offers drivers the much-needed and modern facilities required for them to keep the UK’s logistics sector moving.”

The new truck stop, which is the largest in the UK and Europe, offers the latest facilities for drivers. Transformational services include 24/7 restaurant opening, wi-fi access, a laundry, male and female toilet and shower facilities, and electric hook-ups for refrigerated lorries.

Steve Jones continues: “This is a positive step in the right direction and demonstrates what can be achieved in support of our drivers.”

Matthew Deer, group managing director of The Swain Group, says: “The new amenities in Ashford, Kent, preparing for Brexit customs clearance, are an excellent example of facilities that are secure, modern, clean and built quickly to a high standard. In my view, we need more like this standard to attract and keep drivers.”

RHA east of England area manager Tom Cornwell adds: “The UK economy relies on logistics for the majority of the products and services that we use, and the drivers of vehicles are some of the workers on the frontline of this vital industry. Driver must have fit and proper facilities and overnight parking to enable them to do their job safely, efficiently and sustainably. At the RHA, we support initiatives that put this issue at the forefront of public conversation and raise awareness of the importance of the need to have a standardised approach to parking and facilities and improve the provisions that are currently available.” 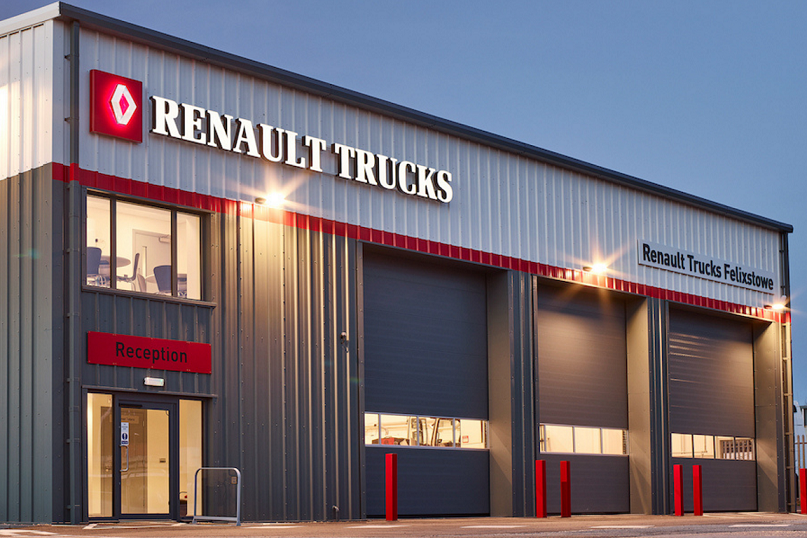 The ultra-modern facility, constructed to the highest environmental standards, reflects the growing demand for the Renault Trucks brand and Renault Truck Commercials’ aftersales service and support in the important Felixstowe area.

Situated in close proximity to the Port of Felixstowe, the UK’s biggest and busiest container port, the prime 1.5-acre site has excellent access to the A14, the primary route out of the docks, and to routes across the UK. Eco-friendly design and build are to Renault Trucks’ exacting dealer and sustainability standards and the building offers first-class facilities for customers and staff whilst minimising its impact on the environment.

Located just over a mile from RTC Felixstowe’s previous premises at Sub-Station Road, the new site is run by the same team, headed up by Service Manager Marc Chetty, to ensure a seamless continuation of support to operators of Renault trucks and LCVs, and all-makes fleets across the region.

Con Rooney, Managing Director, Renault Trucks Commercials says: “We are delighted to open the doors to our new Felixstowe site today, which offers a superb, eco-friendly retail experience for our customers and a comfortable working environment with a particular focus on wellbeing for our employees. Marking a significant investment, our newest depot has been designed from the ground up to deliver maximum vehicle uptime. It is an important part of our growth strategy for the Felixstowe area that will help support our customers and colleagues for many years to come.”

The new site, with plenty of secure parking, provides the full range of Renault Trucks services. Its fully equipped workshops are a welcoming working environment for the experienced team of trained technicians, with a three-bay workshop, body shop, tacho lane and latest diagnostic equipment, providing all-makes servicing, repairs and maintenance, and Renault Trucks’ 24/7 roadside assistance. For waiting drivers, there is a comfortable, well-equipped restroom with refreshments, shower, free WiFi and large screen TV.

RTC Felixstowe’s energy-efficient, sustainable office and workshop buildings are constructed to the highest environmental principles to meet Renault Trucks’ commitment to net-zero status across its dealer network and operations in the UK and Ireland by 2030. Achieving the top EPC rating of ‘A’, sustainable solutions on-site include an array of photovoltaic panels, top specification insulated doors and envelope cladding, LED lighting with sensors, mechanical heat recovery and efficient plant throughout to keep emissions to a minimum. Water-based wall paints are also used throughout the building. 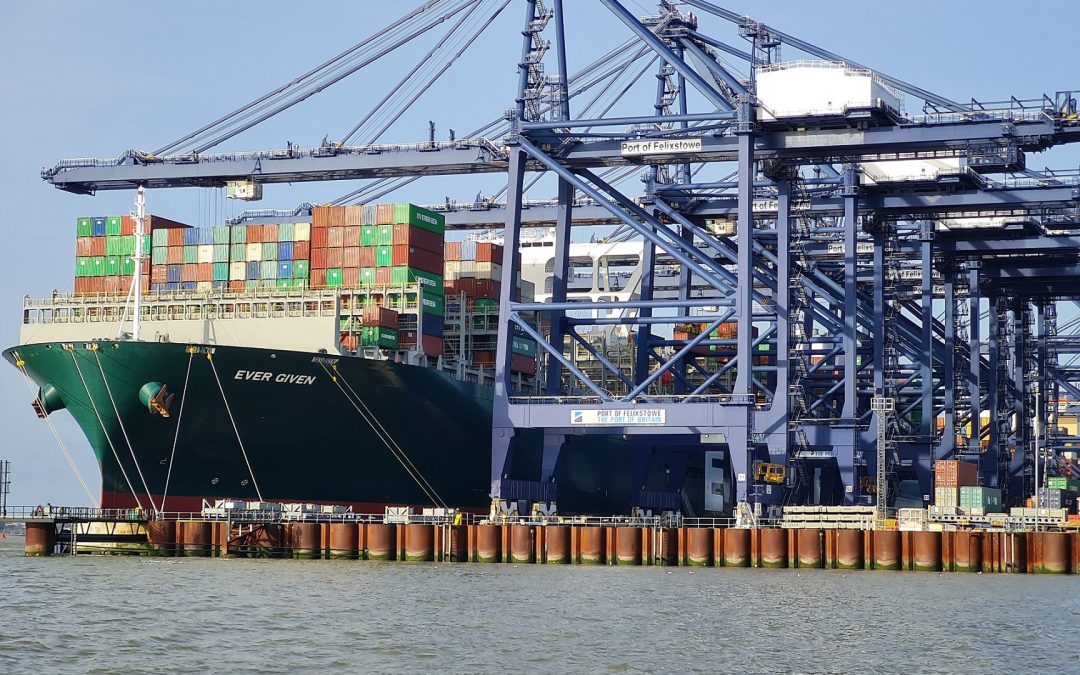 The new low tax, low regulation zone is due to start operating at the end of the month.

Freeport East has moved a significant step closer to fulfilling its vision. The government has formally approved the outline business case; the three tax sites in Felixstowe, Harwich and Gateway 14 near Stowmarket have been agreed, published on GOV.UK and Statutory Instruments laid to enshrine them in legislation.

“This is a major achievement. Freeport East represents a unique opportunity to deliver economic growth and will create many high skilled jobs in the local communities. It will work closely together with the private sector as well as educational institutions to create these opportunities through innovation and investment. Following designation, businesses investing in the Freeport’s tax sites will be able to benefit from a number of tax reliefs.

“The UK Freeports policy is designed to encourage businesses from around the world to create new hubs of global trade that will transform economic prospects and job opportunities for local communities. The location of Freeport East, with the country’s main unitised trade hub at its core and 50% of planned offshore wind capacity on its doorstep, could not be better placed to deliver on these objectives and to help the UK achieve its ambitious energy transition objectives.”

Freeport East will create a global trade hub, resulting in economic growth, bringing more jobs and prosperity to the region. The project will accelerate green energy opportunities and help level up the national economy. 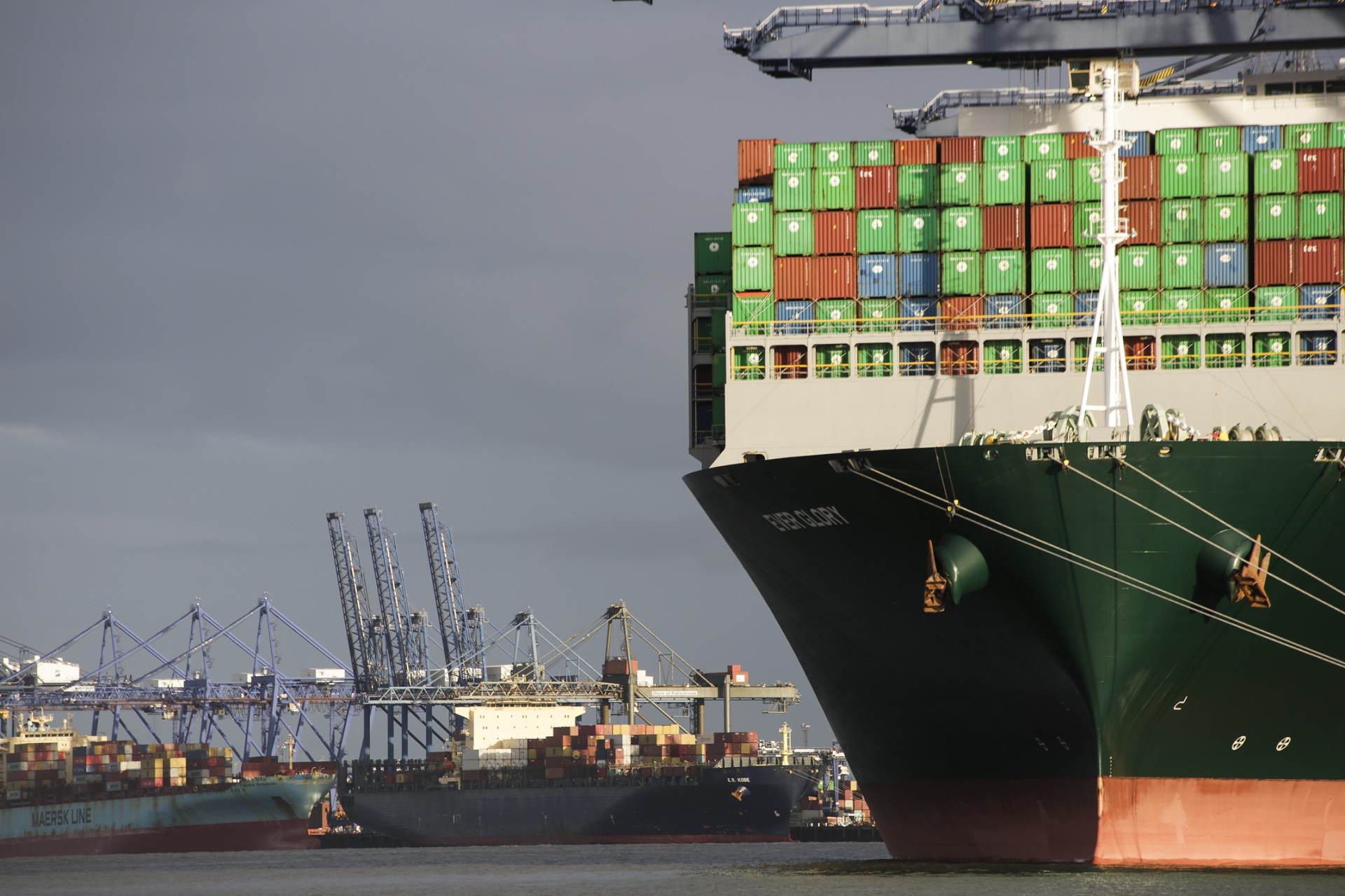 It’s great to report on two local organisations spreading some Christmas cheer in their support of others.

Following Felixstowe Port Users’ Association decision to cancel its Christmas Charity Ball due to the upsurge in Covid cases, many members who were planning to attend generously donated their booking fee for the association to pass on to a good cause.

This big-heartedness enabled FPUA to donate £2,850 to Home-Start in Suffolk. Jason Flower, chair of the FPUA, says: “This charity does amazing things supporting local families as they navigate challenges ranging from isolation, bereavement, mental health issues, illness and domestic abuse.”*

Support of Home-Start in Suffolk brings the 2021 donations to local causes by the FPUA to over £10,000, following its hugely successful September charity golf day.

Keeping its charitable support very close to home, VKVP Haulage visited Langer Primary Academy, just around the corner from its Walton Avenue site. The haulier delivered gloves, hats and chocolate selection boxes to each of the 140 children, as well as over 50 arts and craft packs and a well-earned box of chocolates for each member of staff.

Mark Bennett of VKVP says: “With the recent drop in temperatures, we’d heard from the school deputy head that many of the children needed a hat to keep them warm and that some didn’t have an advent calendar to enjoy at home. So, we got on the case and put some Santa sacks together for the pupils to enjoy.

“Whilst we’re all busy dealing with work’s day-to-day challenges, it’s important we don’t forget to spread a little bit of Christmas cheer, and the smile on the children’s faces when we visited were just priceless.”

If you’ve got a great Christmas story to share – drop us a line at hello@porttalk.co.uk, and we’ll happily share it on our social media.

*Information on the work of Home-Start in Suffolk can be found here. 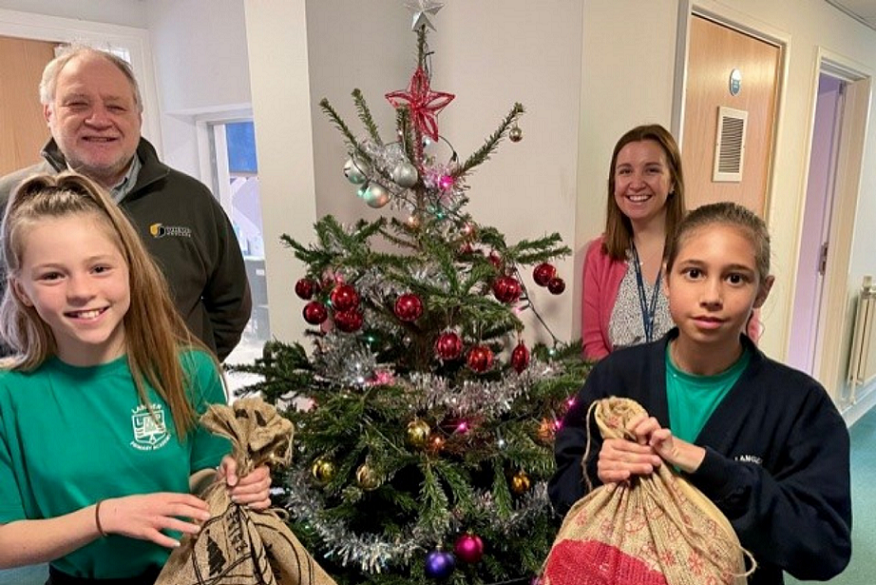 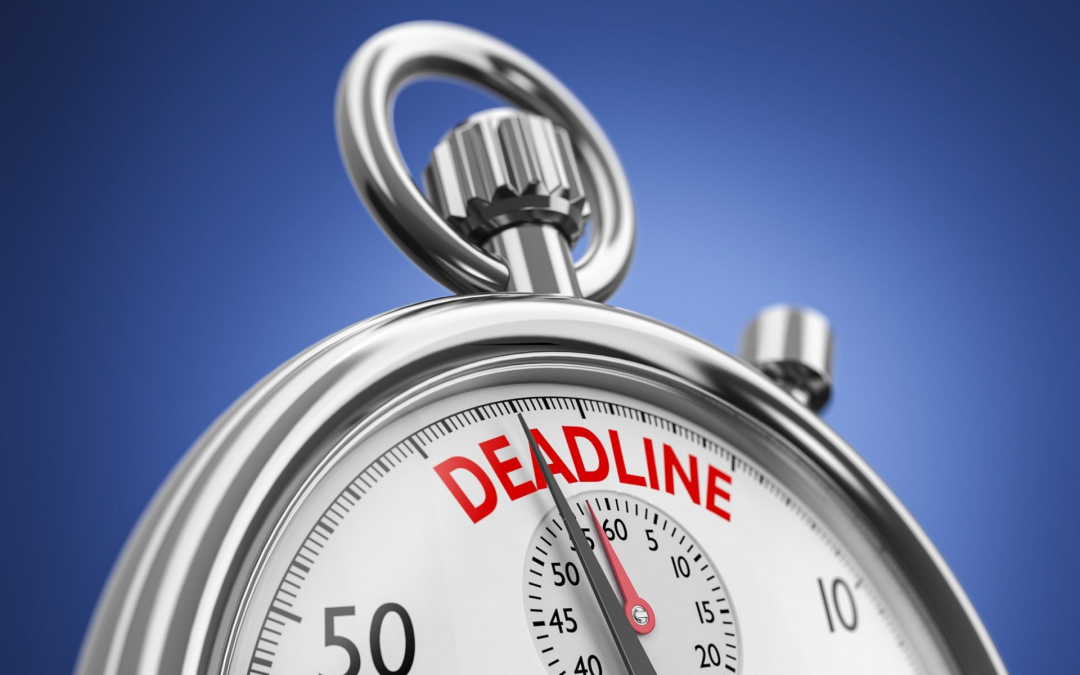 Make sure your business isn’t caught out.

With the New Year comes another important Brexit deadline – this time an end to the period for delayed customs declarations.

The shake-up will have a big impact on trade with the continent, and it is vital businesses are prepared should they wish to avoid chaos at the border.

Here, Andrew Diver, Head of Taxation at Beatons Group, explains why companies should look towards an HMRC stress-free January.

What is the situation?
Businesses importing goods from the EU into the UK have benefited from delayed declarations with HMRC measures meaning they could be declared 175 days from the point of entry.

Why were measures brought in?
The measures, as part of the Brexit transition, were originally set to expire on June 30 this year but were pushed back to New Year’s Eve.

They were designed to make the transition out of the European Union easier for traders and keep international trade flowing without excess delay.

But while these have been a key aid to businesses across Britain, the New Year will bring with it great change.

From the 1st, all goods entering the UK from the EU will need a full declaration – including supplier declarations and statements of origin. Using EU as a country of origin will also be removed, and the relevant member state origin code will now be required.

Postponed VAT accounting will still be available except where HMRC have specifically advised otherwise.

What should businesses do?
Importers should have begun preparations for the changes, with Christmas and the New Year now approaching at an alarming pace.

Putting in place relevant procedures in-house, or engaging with a customs broker, can help make the required full customs declarations for goods imported.

Businesses should get an EORI number from the government before importing goods and entering them into EIDR records.

Moreover, they will also need to account for import VAT.

Also, unrelated to Brexit, commodity codes to classify goods will also change from January 1, 2022, as part of their usual five-year review cycle. Commodity codes which have been used for the past five years may no longer be accurate.

How Beatons can help
The Beatons Group specialises in a wide range of tax, customs, and duty areas, including companies importing from the European Union.

Should your business require assistance, contact the friendly team on 01473 659777. 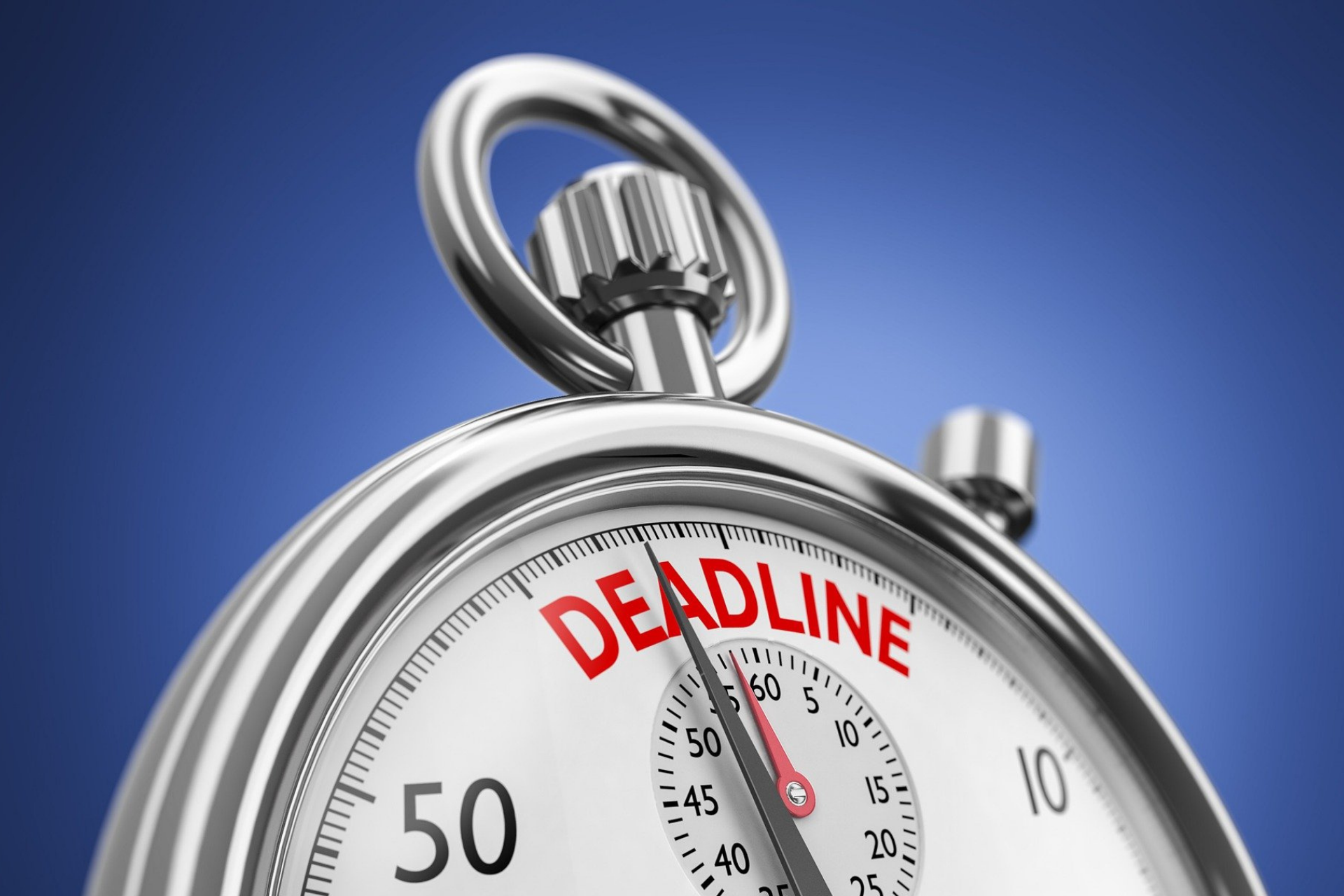