Is KAP fit for purpose?

As a European freight forwarding specialist, we have had a keen eye on Brexit for four years now, and finally, it is all coming to a head. At least we are prepared. However, we can’t say the same for the facilities we will be required to use.

Jordon was asked by the Border & Protocol Delivery Group (BPDG) to form part of an initial group tasked with understanding the advice the BDPG was preparing for hauliers in relation to the UK government’s capacity initiative ‘Check an HGV is ready to cross the border’, formerly known as Smart Freight, for vehicles to obtain a Kent Access Permit (KAP) en-route to Dover or Folkestone.

Friday 6th November saw key members of the Jordon operations, customs and sales teams assembled to meet with members of the BPDG to provide feedback and outline where we believed there were issues with the process.

While we spent 1.5 hours working our way through the document, much of it wasn’t clear until we were guided to paragraphs where the often-ambiguous answer lay.

In a time-sensitive industry where vast amounts of information and administration are suddenly going to be introduced, a straightforward A-B shipment is going to become an administrative nightmare for all involved, and the KAP simply adds to that burden.

In this case, the haulier, probably EU based and already struggling to understand new customs responsibilities, now must complete this online form for each outbound movement. Whilst the instructions are already tricky to understand; you will also need to sign up for a government gateway ID! In your cab? Then you must provide the legally binding information, of where this responsibility lies is up for debate. Hauliers will be fined £300 for misinformation.

The meeting gave us the opportunity to feedback on how we believe the system could be improved. However, Brexit, the sheer number of vehicles involved, and all the new red tape that leaving the EU entails, means there is no easy workable solution going forward. Maybe sight of a working GVMS (Goods Vehicle Movement System) would have thrown up some ideas, but alas it won’t be ready in time.

To us, it feels like a system devised to stick a wet plaster on the deeper problem, caused by a lack of engaging with industry to get this crucial border element right. As we speak the rushed 27-acre lorry park in development in Kent sits flooded. Who could have predicted that?! 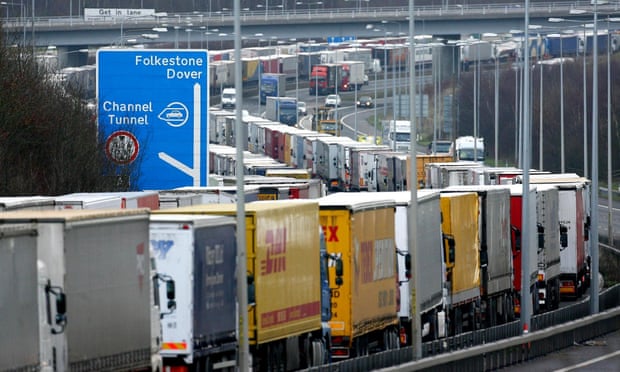