Maritime Transport Ltd. has received the Defence Employer Recognition Scheme (ERS) Silver Award from the Ministry of Defence for a further five years to recognise its outstanding support to the Armed Forces community.

Maritime first received the ERS Silver Award in 2016, the same year it signed the Armed Forces Covenant (AFC) and pledged to promote itself as a forces-friendly organisation, recognising the value that military personnel bring to transport and logistics. As an AFC signatory, Maritime is dedicated to supporting the employment of service leavers, whilst encouraging customers and partners to join the ERS.

The ERS encompasses bronze, silver, and gold awards for employer organisations that pledge, demonstrate, or advocate support to defence and the armed forces community and align their values with the AFC.

Silver accreditation is awarded to organisations that meet the following criteria:
• have signed the AFC
• demonstrate that service personnel/armed forces community are not unfairly disadvantaged as part of their recruiting and selection processes, and employ at least one individual from the armed forces community
• actively ensure their workforce is aware of their positive policies towards defence people issues through HR policies and procedures
• within the context of Reserves, must demonstrate support to mobilisations or have a framework in place to support training by providing at least 5 days’ additional unpaid/paid leave (wherever possible not to Reservist employees’ financial disadvantage)

Entries are considered against the Award criteria by a selection board chaired by a senior military officer. With its headquarters in Felixstowe, Maritime is one of 58 companies in the East of England to receive the Silver Award this year.

Over the years, Maritime has carried out a wide range of work as part of its commitment to the Armed Forces community.

In 2015, the business launched its Professional Driver Scheme, a structured, year-long programme that provides comprehensive on-the-job training and mentoring to newly-qualified C+E drivers and those with six months or less experience driving C+E vehicles. The scheme has been popular with service leavers in particular who have little or no commercial experience.

Maritime has also supported The Royal British Legion’s Poppy Appeal for six consecutive years. Last year, drivers and staff across Maritime’s 40+ depots came together to voluntarily fix more than 1,400 poppies to the company’s entire vehicle fleet for the duration of November.

Maritime will be formally presented with its certificate at the Silver Award ceremony in Cambridge on Thursday, 25th November.

John Williams, Group Executive Chairman, Maritime Transport:
‘We are proud to receive silver status from the ERS for a second time, in recognition of our work with military personnel and their families. We value and benefit significantly from the transferable skills that the service leavers we employ bring to Maritime, and the vital part they play in keeping the country moving. The ERS has now recognised more than 900 UK businesses, illustrating how employing the Armed Forces community makes a truly positive impact for all employers.’

Richard Young, Transport Manager – DGSA, Maritime Transport (Immingham):
‘After seven years’ service in the Army Air Corps MT department, I knew that I wanted to transition into a transport management role in civvy street. However, I quickly learned that I needed to gain some real-world experience of transport before being able to do this. I worked for a small haulier in Hull as a driver for around a year, but something just didn’t fit with me. I missed the structure and professionalism of the Army. I heard that Maritime Transport was recruiting drivers in my area and decided that this would be worth a try. I passed the interview and got the job. I was pleased with the many similarities Maritime had to the Army, for instance, putting on a uniform every day, working out of different sites, and routine. My transferable skills were quickly recognised by the company, and I was promoted to the role of Driver Administrator and then onto Transport manager. Maritime has helped me to continue to develop; recently, I have sat my DGSA exams and passed with Maritime funding the course.’ 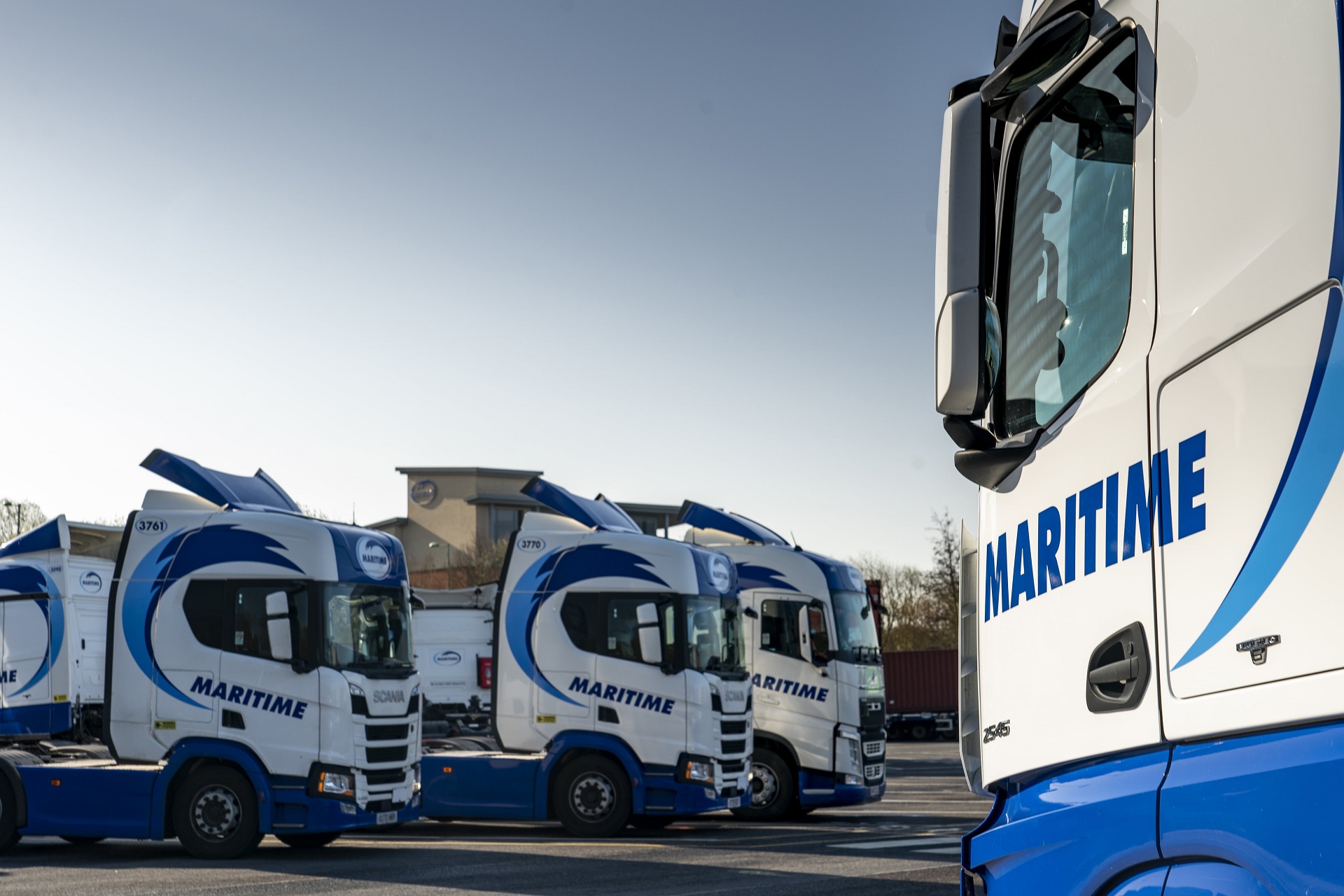