Hutchison Ports Harwich International has welcomed the first call of MS Maud, the polar cruise vessel operated by Norwegian company Hurtigruten Group. The ship is named after one of the most famous polar vessels of all time, and the original “Maud” took explorer Roald Amundsen on his second expedition to the Arctic in 1917.

Returning from a 14-night cruise of Norway, during which time it visited the Arctic Circle, MS Maud was in port at the same time as the British Antarctic Survey’s new vessel, the RRS Sir David Attenborough.

Chris Lewis, Chief Executive Officer of Hutchison Ports UK, owners of Harwich International, commented, “We are delighted to welcome MS Maud on its first call to Harwich International, and we look forward to many future visits. Having the RSS Sir David Attenborough in port at the same time provides a nice moment of symmetry – one regular Arctic visitor and one ship about to sail on its first voyage to the Antarctic. Both are extraordinary vessels that will have the privilege to visit some of the remotest parts of the planet.”

The Sir David Attenborough was in Harwich until the 27th of October when it set sail to London to become the centre point of the British Antarctic Survey’s showcase of polar environmental science, engineering, and technology, to coincide with the UN COP26 climate talks in Glasgow.

The MS Maud is powered by environmentally certified Biofuel, made from waste produced from industries such as fishing, and mixed with marine gasoil to reduce Carbon Dioxide, nitrogen oxide, and sulphur oxide emissions. It called at Stavanger, Ålesund, Brønnøysund, Reine, Svolvær, Tromsø, Honningsvåg, Finnsnes, Kristiansund, Molde and Bergen before arriving at Harwich International and its meeting with the Sir David Attenborough. 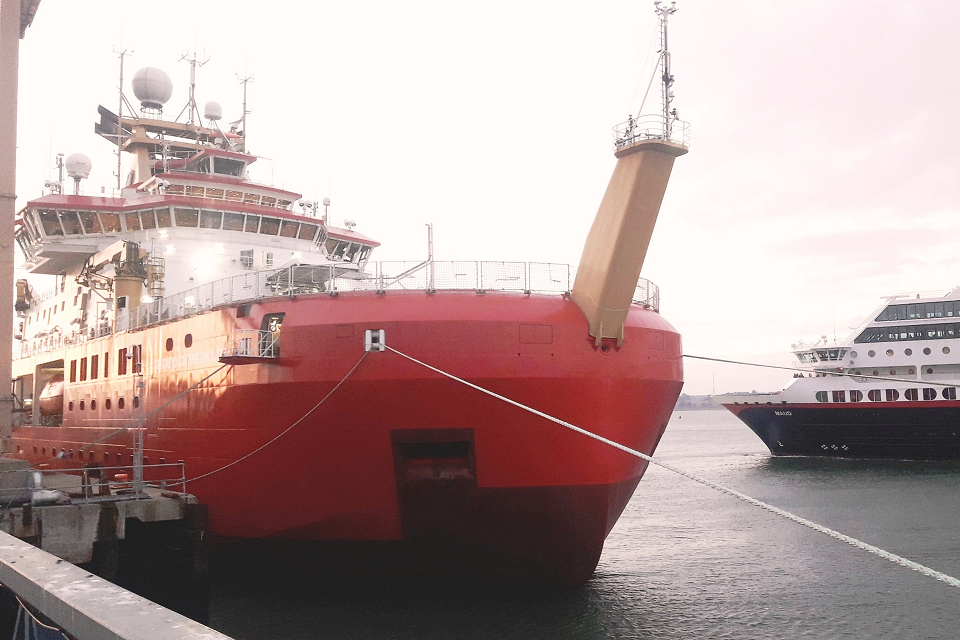