Ever Given heads back to Felixstowe after Suez canal fiasco

Stephanie Hammond, director at Beatons Group, looks at the deal struck to release the container ship from its limbo.

The notorious cargo ship the Ever Given – which caused a crisis at the Suez Canal in March – is on its way back to the Port of Felixstowe.

The enormous vessel, which became lodged in the vital trade route for six days, blocking the canal completely, will set sail to the Suffolk port from Rotterdam on July 24, arriving the very same day.

It will be a brief stopover, with the ship heading off again the next day after unloading its cargo.

Following a salvage operation, the ship was impounded by the Suez Canal Authority (SCA) and has only recently been released after the authority reached a settlement with the ship’s insurer.

Here, Stephanie Hammond, Director at Beatons Group, looks at the drama and how a deal was finally reached.

The rescue
The 400m-long vessel became lodged diagonally in the canal on March 23 after running aground in high winds.

A large-scale salvage mission was launched, with a fleet of boats sent out to re-float the ship.

The Ever Given was finally freed on March 29 with the help of 14 tugboats and a particularly high tide thanks to a supermoon.

However, the retrieval of the vessel was just the start of the drama, as the SCA, which is part of the Egyptian government, seized the ship a few days later, demanding compensation for losses incurred.

Compensation
Once the ship had been seized, the SCA sought compensation from the vessel’s Japanese owners, Shoei Kisen – to pay for the salvage operation cost and damage to the canal.

This was rejected by the firm’s insurers, UK Club, which described the claim as ‘extraordinarily large’.

Settlement
Three months later, a deal has finally been reached.

The SCA had later lowered its compensation claim to £362million, however, the final settlement figure has not been disclosed.

An SCA lawyer later said the authority would keep the terms of the agreement a secret.

The Ever Given is still carrying the load it set off with in March. The containers, totalling around 18,300, will be offloaded at Felixstowe later this month.

The crisis showed how crucial the Suez Canal is to international trade and the huge costs involved if something goes wrong.

It shows the fine lines the logistics sector is run by, and the complexities involved in transporting goods worldwide. 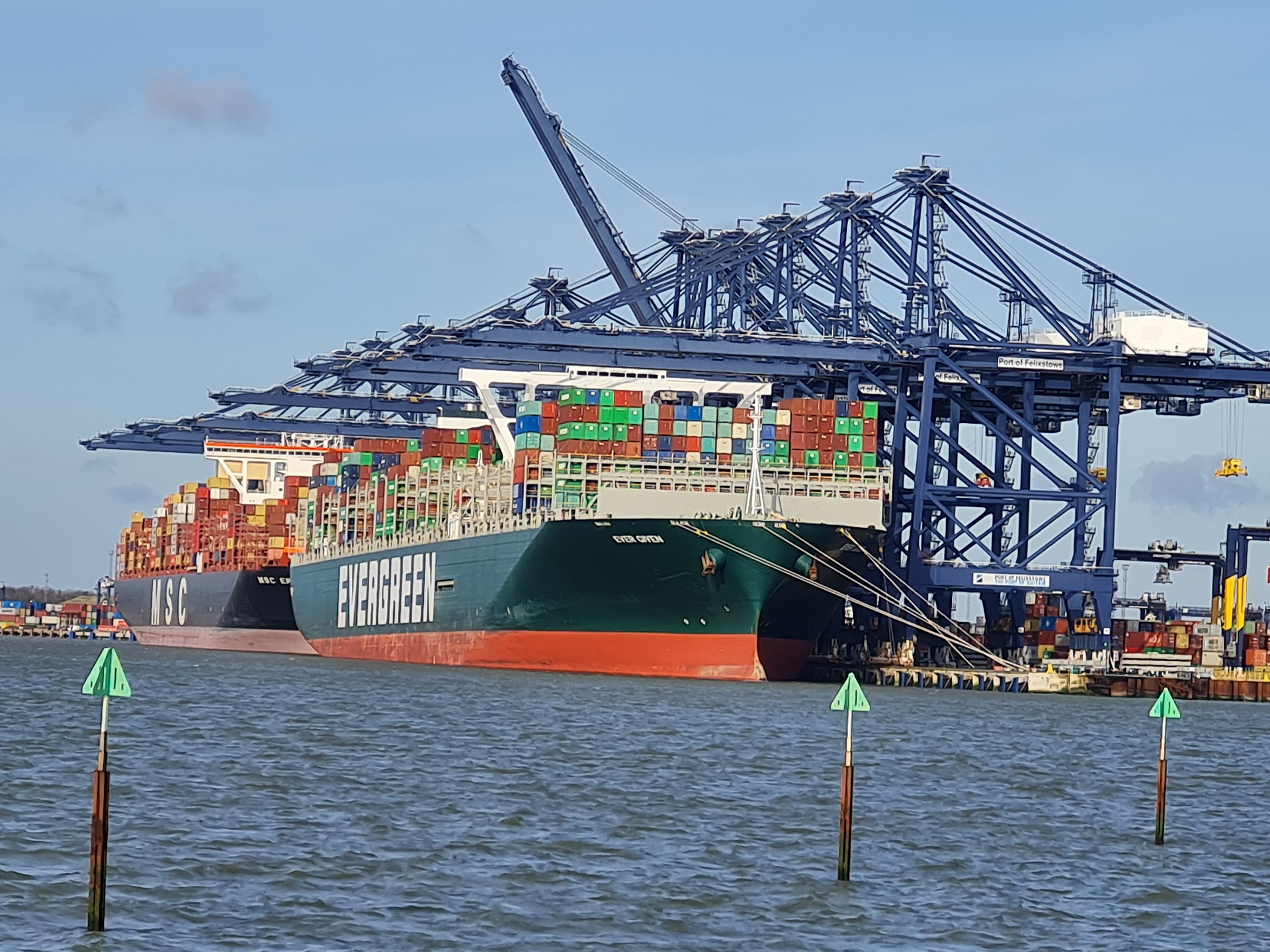