Goldstar Transport supports Litter-Free Felixstowe (an active community interest company with nearly 1,000 members) and is hoping you will join forces with them in support of its National Litter Free Roads and Laybys UK initiative.

Steve Jones, general manager at Goldstar says: “Few people will have failed to notice the dramatic rise in litter alongside our major roads and the laybys all over the country. Not only is it horrible to see but it impacts wildlife and the overall environment.

“We’ve decided to support Litter-Free Felixstowe but if we came together as an industry to support the initiative, we could bring it to the attention of a national audience. Lobby the relevant authorities and unite all major road users in tackling and hopefully ultimately eliminating the problem.

“We’re appealing to our fellow hauliers and the wider community to adopt the scheme and take a pro-active approach amongst their workforce and suppliers. Signage and stickers are being produced for our fleet and depots to reinforce the campaign’s principles. We plan to endorse the litter-free roads and laybys pledge and will be updating drivers’ handbooks and all future inductions. There’s also going to be a dedicated Facebook page to give members and the public a means of highlighting litter blackspots.”

Litter-Free Roads and Laybys are proactively launching the campaign on 22nd April – Earth Day and will include all those who sign up to the campaign in the release.

Steve adds: “It would be great to announce other hauliers and suppliers have come on board with their support when we officially launch. And it’s important to say there are no fees involved to join the scheme; the only costs will come if any stakeholders choose to use any of the signage elements to promote their involvement.”

If you would like to know more about how to get involved, please contact Steve Jones at steve.jones@goldstartransport.co.uk. 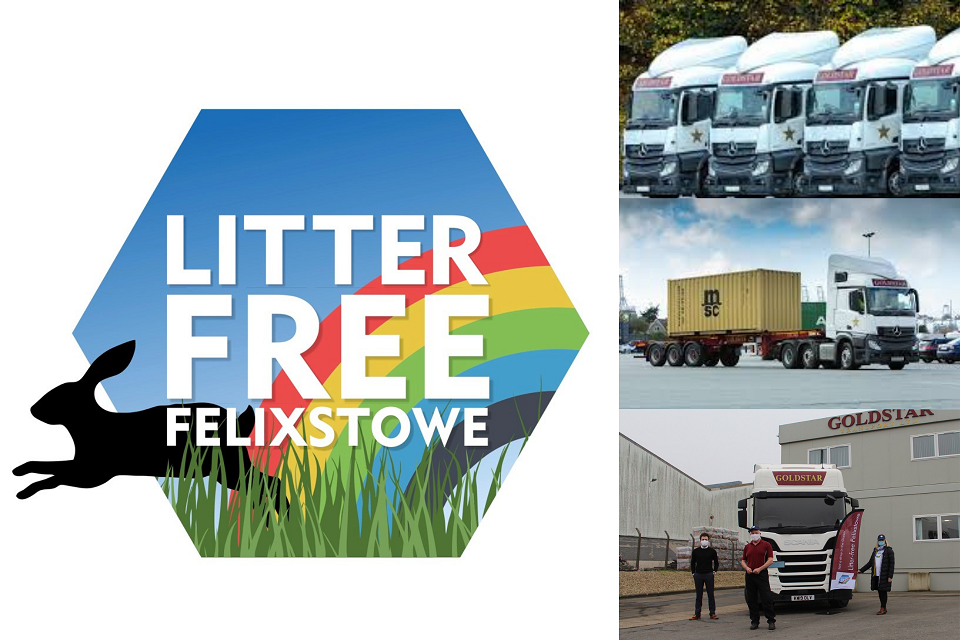