It’s been a busy time at Maritime Transport.

Following the recent launch of its Felixstowe to Wakefield service, on 15th March, Maritime announced a further new addition to its expanding intermodal offering, a rail freight service operated by DB Cargo UK connecting the Port of Felixstowe to East Midlands Gateway (EMG).

As the company’s fifth rail service to operate out of the Port of Felixstowe, trains run five days a week from Tuesday to Saturday, bringing the company’s total TEU availability per week to 8,000.

John Bailey, managing director – intermodal and terminals at Maritime says: “Increasing our capacity and logistics efficiency for our customers whilst reducing the need for our HGVs to travel millions of miles each year has always been a vital part of our strategy. Our latest intermodal service really underpins both Maritime’s and DB Cargo UK’s drive to offer more reliability and greater choice to the market.”

Six intermodal services now operate in and out of Maritime’s 17-acre EMG terminal daily, connecting the East Midlands region with Felixstowe, London Gateway, Southampton, and Liverpool, and to service its growing customer base, Maritime has expanded its on-site operational team from three employees in April 2019 to the current ten.

In the same week, Maritime announced it had secured a two-year contract with global container operator and long-standing customer, A.P. Moller – Maersk (Maersk), to provide committed space for the movement of containers by rail across the UK.

The new contract enables Maersk to utilise four of Maritime’s intermodal services daily, including two from the Port of Felixstowe to Maritime’s Wakefield and East Midlands Gateway terminals, and two from DP World London Gateway to Wakefield and Maritime’s terminal at Trafford Park.

The contract, which went live at the start of March, will see the movement by rail of at least 25,000 Maersk containers annually and is an extension of the current cooperation under which Maritime performs regular container movements for Maersk by road and rail. Regular cooperation between Maritime and Maersk began in January 2010.

“A.P. Moller – Maersk has increased its cooperation with Maritime significantly over the years who currently operate at all of the UK ports and inland terminals we use for our intermodal services,” said Steve New, execution manager at Maersk. “Maersk is upholding its status as a global provider of integrated end-to-end container logistics services by working with local partners who can help us deliver tailored solutions for our changing customers’ needs in a sustainable way; Maritime’s extensive rail network and haulage reliability is a perfect match to achieve that goal.”

And, last but by no means least, Maritime’s rail division, Maritime Intermodal, and DB Cargo UK were both delighted to be named joint winners of the Rail Freight and Logistics Excellence category at this year’s Rail Business Awards.

The award, sponsored by the Institution of Railway Operators, recognises the innovative intermodal partnership between two of the of the UK’s leading road and rail operators.

Working with DB Cargo UK since April 2019, Simon Smart, Maritime CEO said of the accolade: “This award truly reflects the outstanding work carried out by drivers and staff at Maritime and DB Cargo UK who deliver an unparalleled service to our customers. The rail freight sector is a significant part of UK logistics and we look forward to continuing a long and prosperous partnership with DB Cargo UK, enhancing our capability, reducing our carbon footprint, and continuing to offer increased efficiency and reliability.” 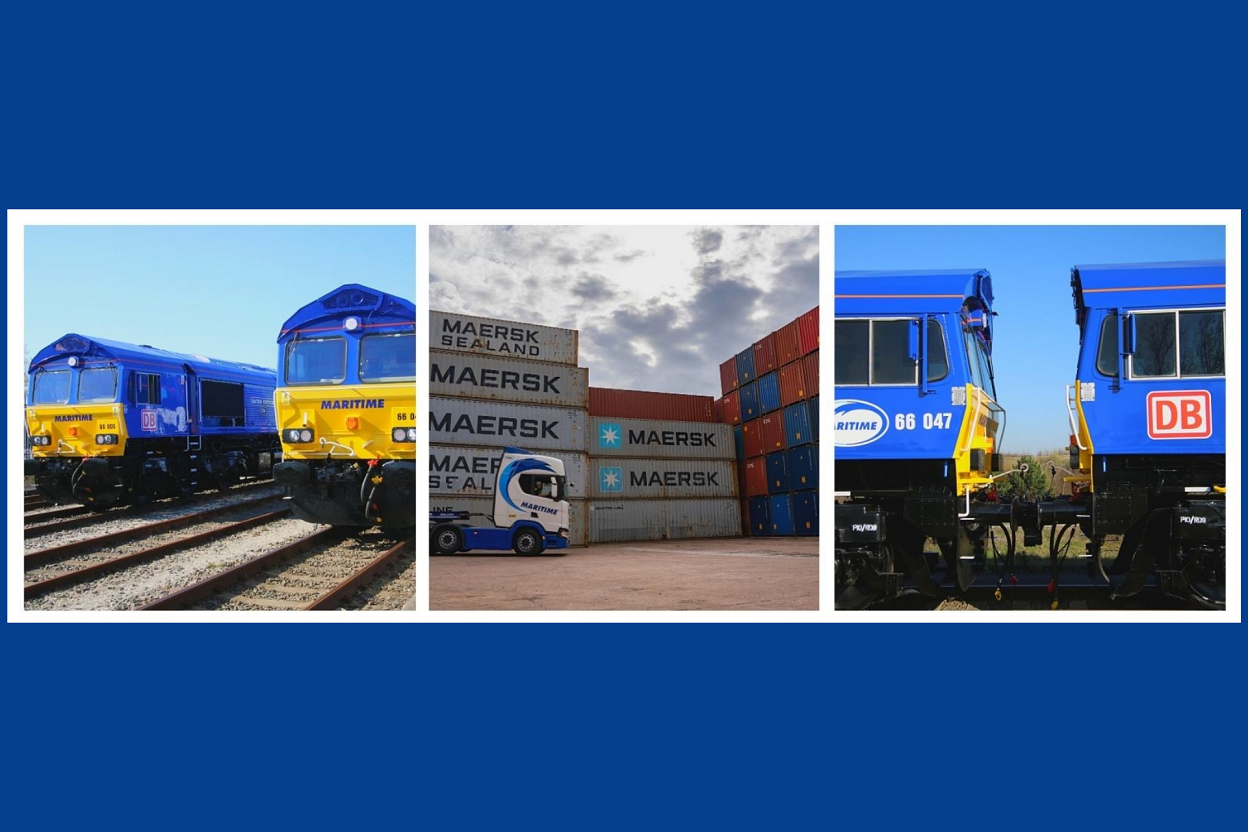