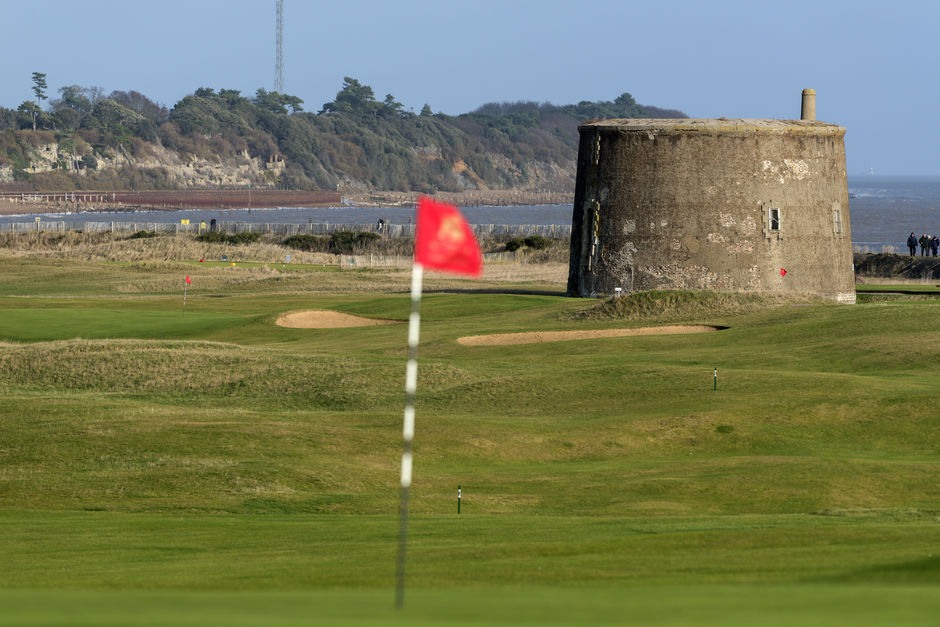 Across the industry, companies are always supporting good causes. In this issue of Porttalk, we catch up with two local initiatives that are helping to make a difference.

Felixstowe Port Users’ Association is in the throes of organising its second charity golf day, which is being hosted on Wednesday 22nd September at the award-winning Felixstowe Ferry Golf Club. Sponsored by Gotelee Solicitors, the day will raise vital funds for local charities.

If you are a golf fan, why not enter a team of four and enjoy a great day on the course, culminating with a two-course meal at 5pm.

However, if a round of golf is not for you and your company is interested in being involved and providing much-needed support to local charities, there’s a range of sponsorship opportunities available that we’re happy to discuss, including individual holes, refreshments and raffle prizes.

ABP’s Port of Ipswich has announced its partnership with St Elizabeth Hospice’s Wild in Art for the third time to support the Big Hoot 2022.

With all profits raised through The Big Hoot going to support the work of the hospice, the trail will see 40 owls placed around Ipswich for residents and visitors to enjoy.

Paul Ager, divisional port manager, says of the Port’s involvement: “We are delighted to be supporting the Wild in Art trail for the third time and raising funds for St Elizabeth Hospice. With the trails in 2016 and 2019, ABP engaged with colleagues, customers, and stakeholders to support the Wild in Art trails.

“ABP has always had a great deal of fun with these campaigns, and it was fantastic to see people getting involved in previous years. After the year we have all had with the pandemic, we feel very proud to be sponsoring the Big Hoot in 2022, encouraging people of all ages to get out and enjoy the fresh air whilst enjoying local artists’ work.”

To find out more about booking a team or sponsoring the FPUA golf day, please email mark.binge@gma-warehousing.co.uk

For more information about the Big Hoot 2022, please visit thebighoot.co.uk 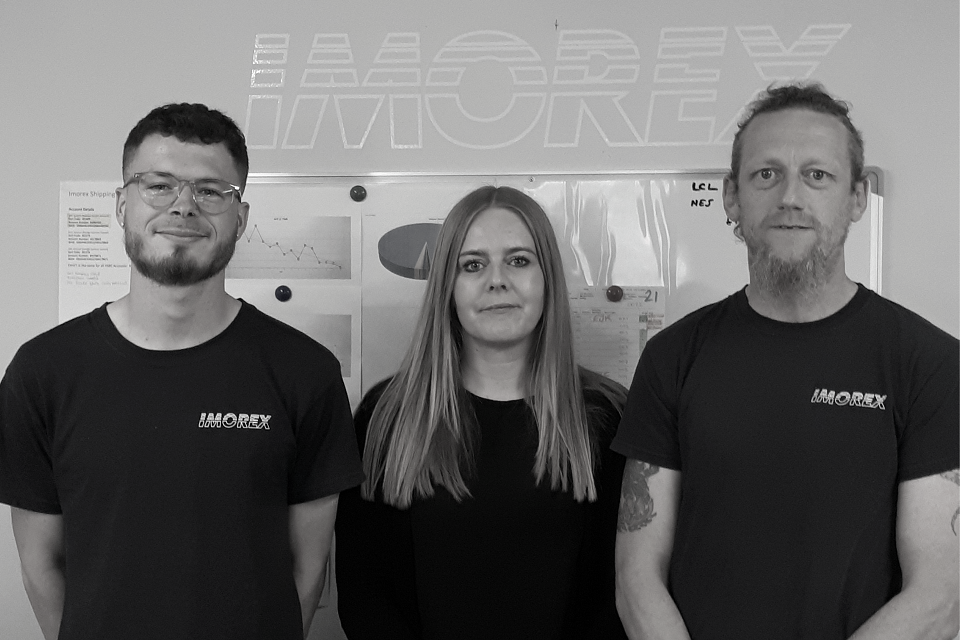 Seizing an opportunity that presented itself through its relationship with Palletforce, Imorex has launched a new import and export clearance service.

Dan Jackaman, Imorex customs and forwarding manager, explains: “Palletforce needed an agent to handle the import and export declarations for its German trailer service as there were service issues that needed addressing.

“Our managing director, Graeme Connor, identified the opportunity and went to Palletforce proposing a solution. Once agreed, it was down to us to make it happen and launched the new service in early March.”

Currently offering T1 import and export customs clearance service, the team, including custom coordinators Andrea Baker and George Connor, is focusing on driving service efficiency. Dan explains: “The department was set up to solve a problem, and so our attention has been on getting the service set up, stable and as efficient as possible.

“The nature of the service we offer Palletforce means our growth rests in their hands as they and their German partner need to sell the service.

“Historically, the clearance stage was always a bit of a black hole, with tracking information lacking and lots of waiting involved. Our new relationship with Palletforce enables us to access the information needed to deliver a hugely improved service, with an inventory linked service. To further avoid delays at the port of entry into the UK we have strategically created dedicated ETSF warehousing at our Huntingdon facility which only handles European groupage trailers.

“Having handled 228 import consignments to date, we’ve reduced the average number of days to get a whole trailer cleared from around six days to 0.29 days on our last trailer. It’s these improvements that we’re most proud of.”

The Imorex clearance team also pulls on the experience of newly appointed general manager Tony Stoker and as Dan reflects: “Including Tony’s knowledge, the team benefits from 90 years’ industry experience. That’s a wealth of knowledge rivalled by very few.”

Looking ahead, Dan adds: “Now we’re up and running, we’re looking to add sea freight clearances to our service offering and then hopefully some general forwarding work too.” 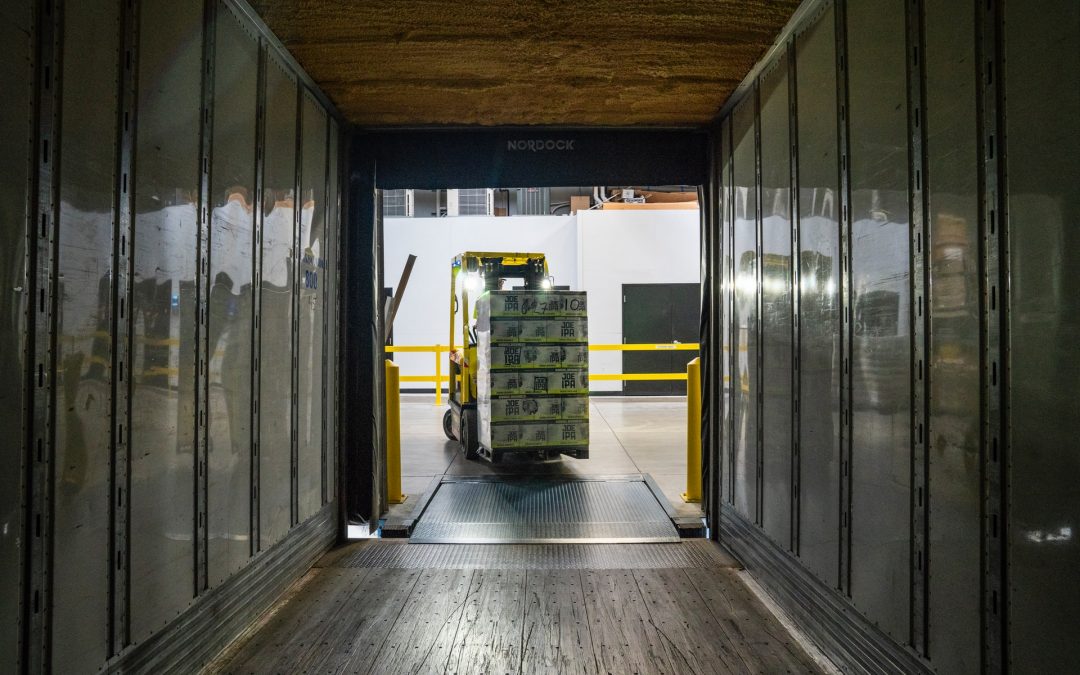 Cargo crime risks are rising and evolving, with insurance specialists highlighting higher risks associated with the current supply chain disruptions. Highly organised criminal gangs are targeting goods that are in market demand – including, increasingly, lower-value goods that are easily sold.

Freight insurance and risk management specialist TT Club said the risk of loss or damage to goods in the global supply chain “has never been more prevalent”. In response, it is launching a series of six podcasts to draw attention to the variable and complex nature of these risks and offer increased guidance on loss prevention”.

David continues, “Much cargo crime is perpetrated by well-oiled business-like machines that target goods that are in market demand and easily converted into cash. They are well-informed and adapt quickly to new transport trends, spotting opportunities with intelligence and resource.”

TT Club said that among identified trends apparent during the recent lockdowns has been a move away from the theft of higher value, more easily traced goods, such as electronics and domestic appliances, to food and drink commodities that have had a ready market. Thieves have also noted and exploited the congestion in the supply chain that has increased the use of temporary warehousing and storage sites that are not always as secure as established premises. 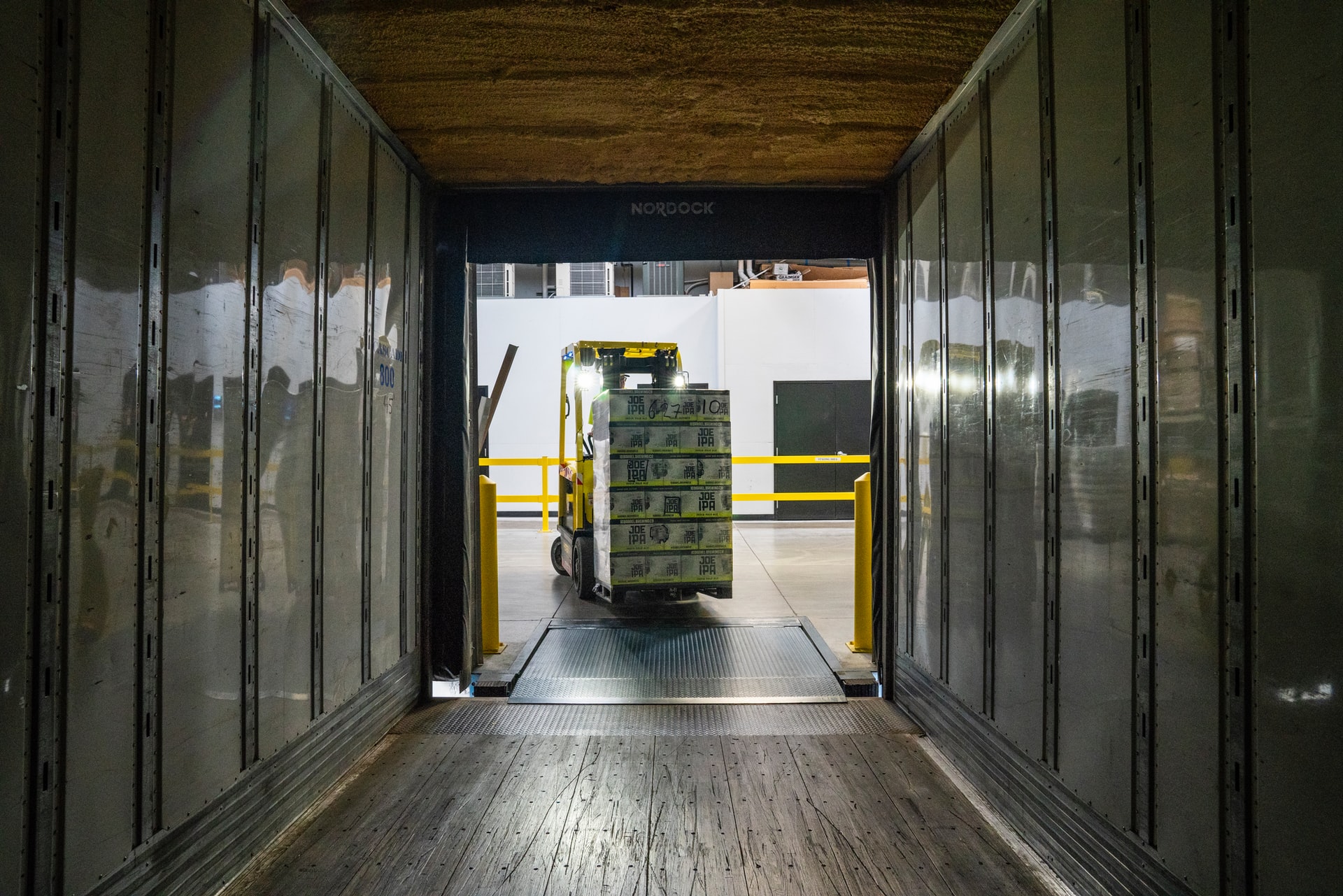 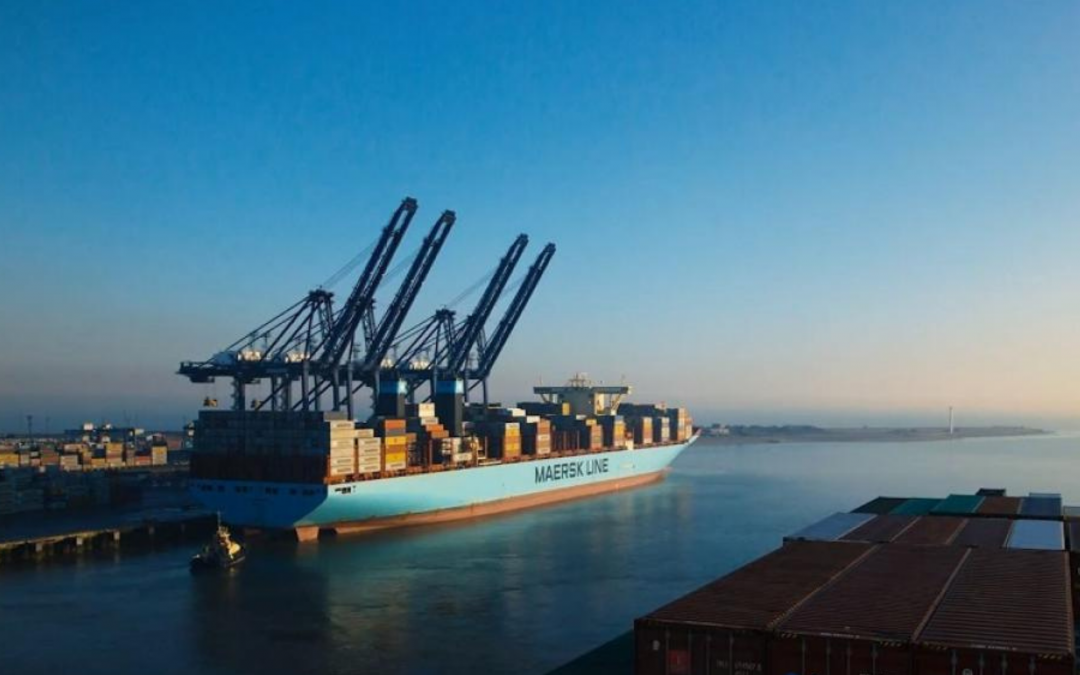 Jenkins has been at the forefront of innovative port logistics solutions for over 40 years, consistently delivering a quality service across a range of activities from stevedoring, container operations, warehousing and road transportation services.

The Felixstowe and Ipswich warehouses will increase Jenkins geographic network to 11 UK and Ireland Port locations.

“We are committed to strengthening and expanding our services to clients in the Port of Felixstowe area. The purchase of Marexport UK, with its outstanding reputation as a major supplier of logistics services, will help progress our plans.”

“We look forward to building on the strong customer relationships established by Marexport UK and developing new relationships with customers requiring high-quality warehousing and port logistics services in the Felixstowe and Ipswich areas”.

The transfer of ownership of Marexport UK to Jenkins completed on the 27th of April 2021.

“We are delighted to conclude this deal with Jenkins and we are sure that what we have successfully built in the Ipswich and Felixstowe area over the last 12 years will be in very good hands going forwards.” 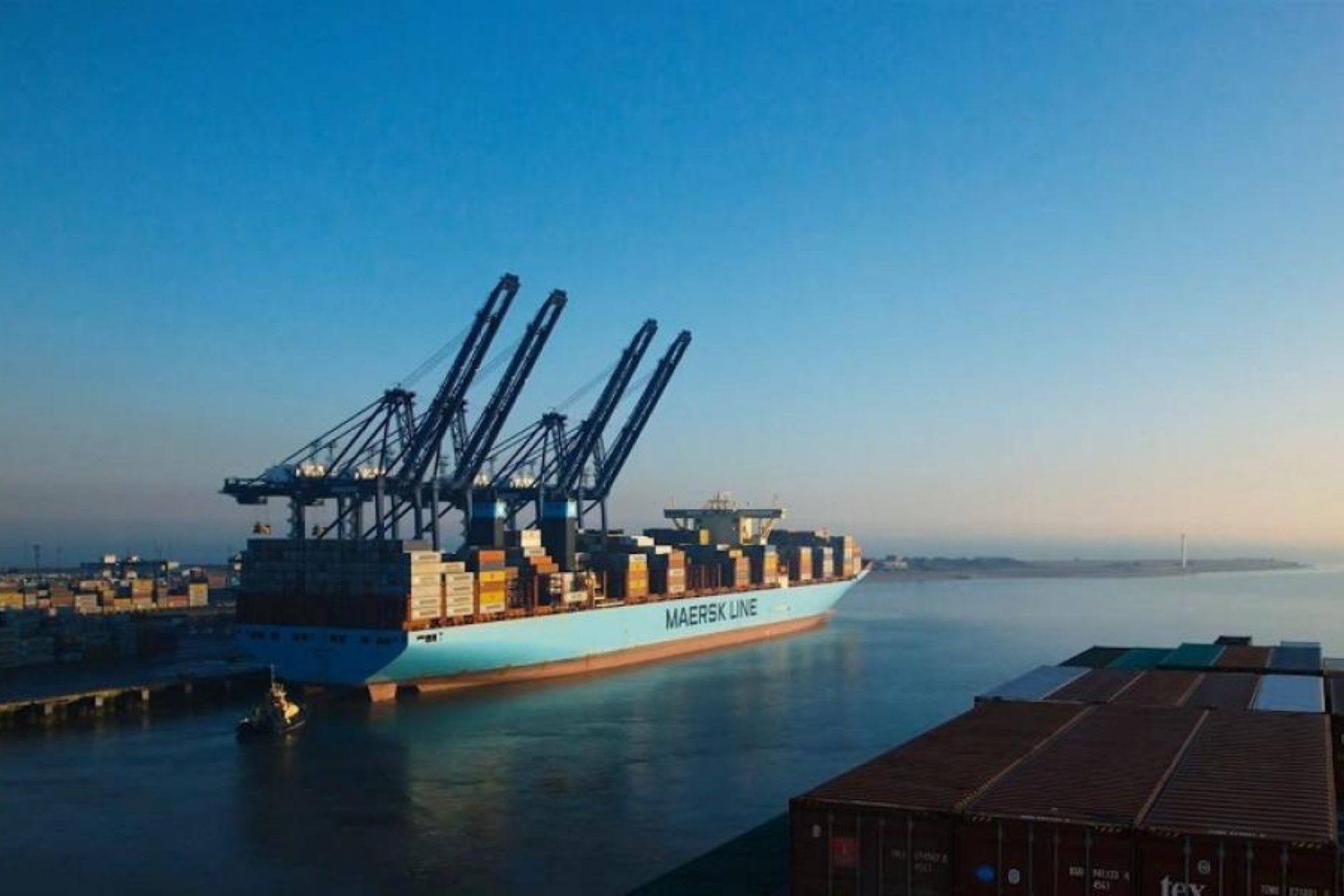 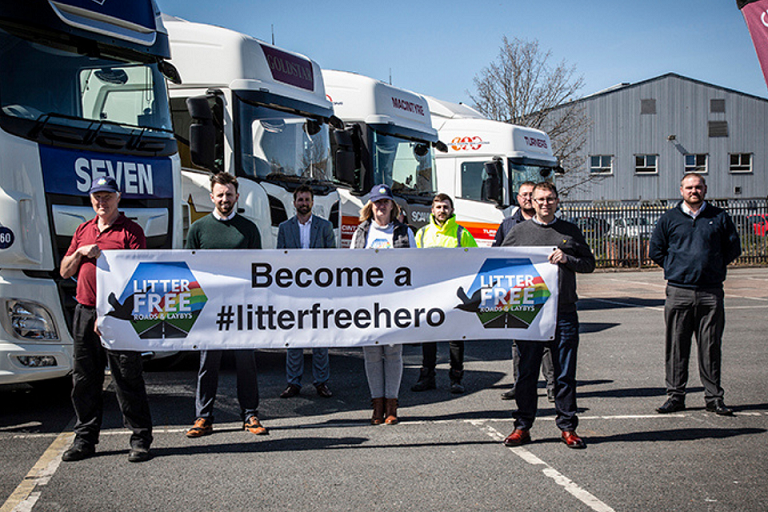 The logistics community has come together and partnered with Litter-Free Felixstowe (an active community interest group with nearly 1,000 members) to support the national ‘Litter Free Roads and Laybys’ initiative.

With some of the region’s most prominent industry names supporting the scheme, representatives from each company came together on Earth Day (22nd April) to publicly show their support. Companies, including hauliers and suppliers, that have pledged their support to date include Goldstar Transport, Fargo Systems, VARTAN Consultancy, Turners Logistics, Maritime Transport, Port Express, Seven Logistics, Macintyre Transport, Peach PR and Porttalk.

With Goldstar Transport taking the lead in encouraging fellow hauliers and logistics companies to get involved, Steve Jones, general manager, says: “Few people will have failed to notice the dramatic rise in the amount of litter alongside the UK’s major roads and the numerous laybys across the country. A solution is no easy feat, and there is no one right answer. By partnering with Litter Free Roads & Laybys, we hope to raise awareness on a national scale whilst also ensuring we are doing our part to reinforce the message that changing habits need to begin ‘at home.’

“We’re educating our drivers about the unacceptability of littering, as well as updating our induction procedures for new recruits and our driver handbook, which now states vehicles must have litter-free cabs. By introducing small changes in the behaviours of colleagues, we are actively encouraging a litter free mindset across the company.”

Steve Collins, director of transport management specialists, Fargo Systems, says: “Litter on motorways and in laybys is a national problem; it is heartening to see the regions logistics industry come together to tackle this problem. Lorry drivers are in a pivotal position of being part of the solution, not the problem, leading by example and spreading the word.”

Miles Vartan, who heads up risk management experts VARTAN Consultancy, adds: “This initiative is well overdue. Whilst we can pledge our support to be vigilant when it comes to littering, a key part of the problem stems from the significant lack of safe and hygienic UK driver facilities along with less than acceptable toilet & bin facilities. As an industry, we need to be lobbying authorities to ensure these basic provisions are put in place on a national level.”

Paula Bennett of logistics website – Porttalk – comments: “The logistics industry is the unsung hero of the last year and has kept the UK moving. Those companies that have pledged their support to this initiative should be applauded, and here at Porttalk, we will do all that we can to raise awareness of the initiative and fly the flag for Litter Free Roads and Laybys.”

Debbie Bartlett of Litter-Free Felixstowe says of the industry’s support: “Litter-Free Felixstowe was created to tackle the issues of litter across town and to ensure that no plastic waste ends up in the sea. The commitment of the region’s logistics sector in supporting the Litter Free Roads and Layby has been incredible, and we look forward to other companies joining and pledging their involvement.”

For more information about the Litter-Free Roads and Laybys initiative visit  goldstartransport.co.uk 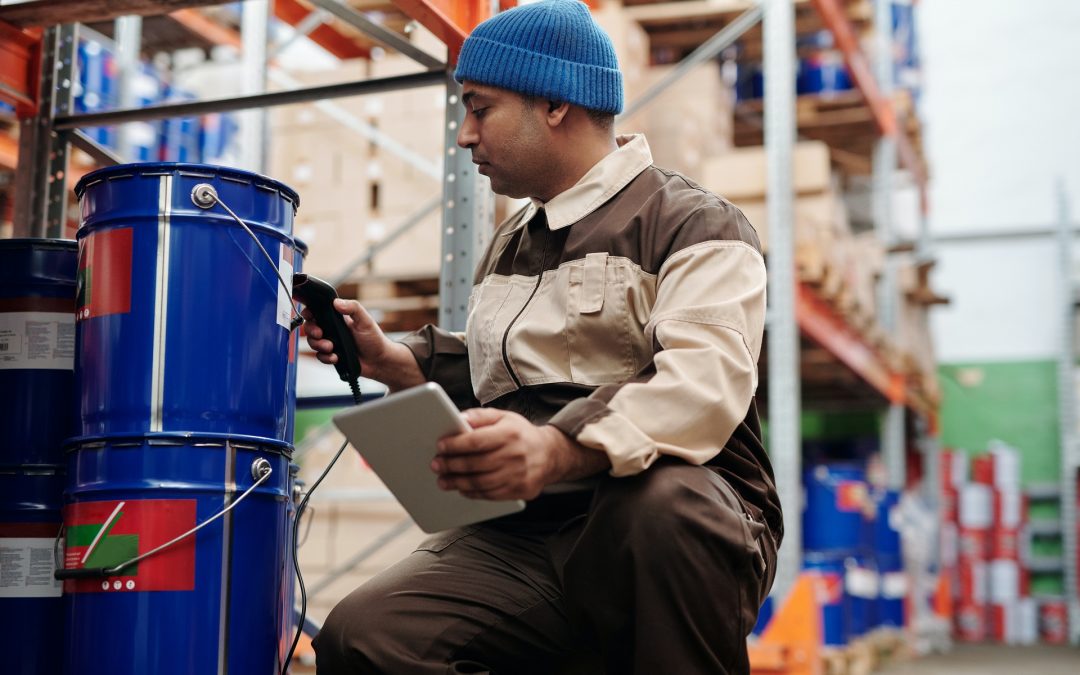 Over the past two years, the TALE team has interviewed a range of businesses about the current state of their logistics operations and their hopes for the future. During these diagnostic sessions, we identified three ways business owners improve productivity and efficiency, and grow their logistics business.

Diagnostics revealed that while logistics businesses have a high desire to digitise, they’re not always sure how to do it. Managing logistics operations is complex, and many businesses still use spreadsheets to do so. This is not as efficient as other digital technologies that are readily available.

Online coaching such as our Microsoft 365 sessions, teaches business owners to do ‘new tricks’ with the software they already have.

Thinking about the future and how you will grow your business is very important. Although most businesses believe they have strong leadership skills, their leaders often lack the experience to come up with a strategy.

Bring your strategy questions to our experts. 1:1 mentoring can help you focus on specific concerns; provide honest feedback and new solutions you might not have considered previously. We can offer you a free ‘up to 9-hour mentoring package’ worth up to £1,200.

Through TALE we have highlighted the business opportunity presented by offering online services to clients. These include real-time tracking of deliveries and order updates, as well as 24/7 booking services.

TALE Lite grants are available to help you purchase software and initial consultancy advice related to data, and are worth £1,000 to £2,000. Applications can be processed in as little as a fortnight.

TALE is funded by ERDF, visit tale.org.uk to find out more. 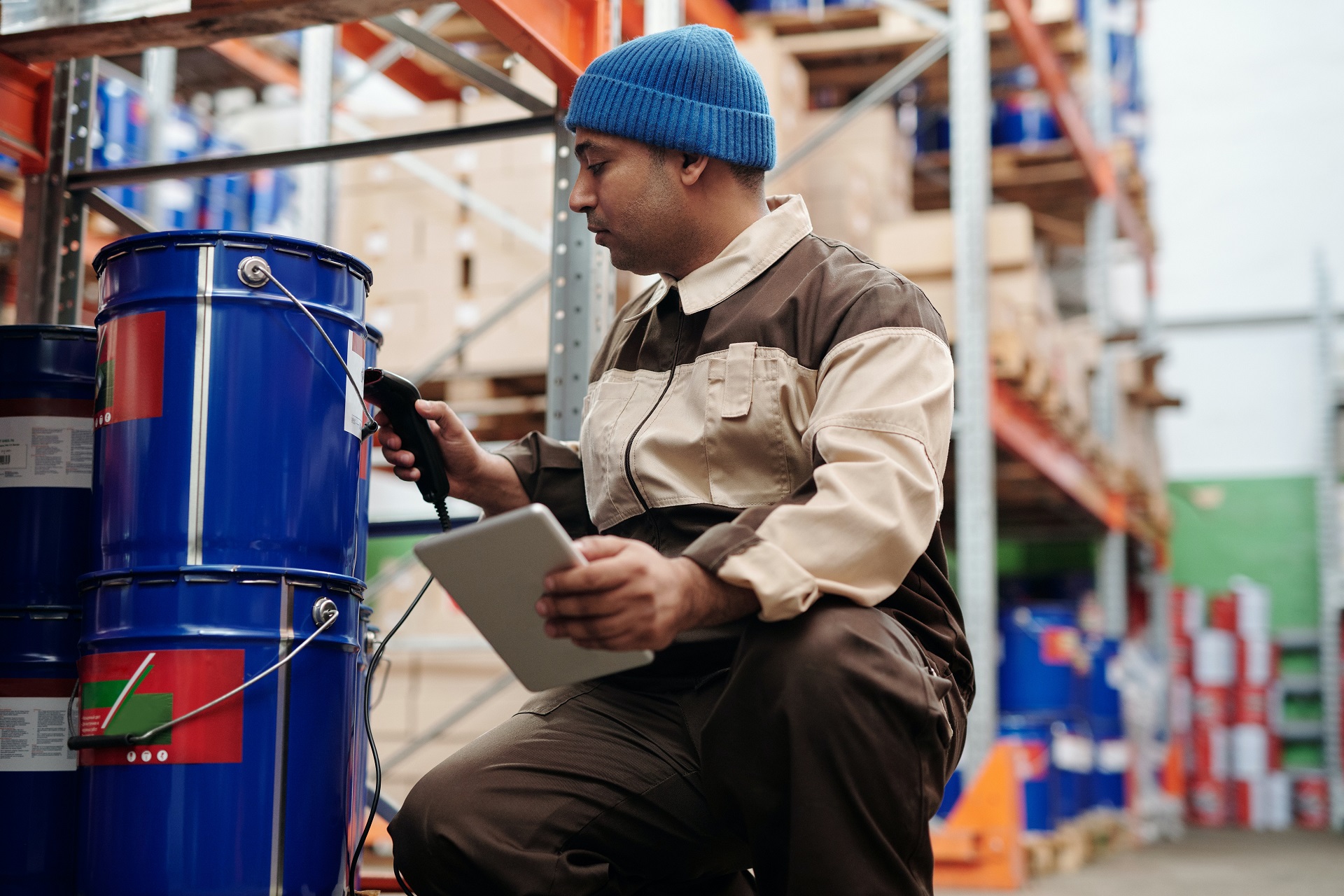